The bacteria used by the yogurt industry is found in naturally fermented products. The most popular bacterium used is Lactobacillus bulgaricus. This bacteria was first recognized in the early 1900’s by a scientist named Stamen Grigorov. The microorganism feeds off the lactose found in the milk, and creates lactic acid. Lactose is a sugar found in milk, while lactic acid is an enzyme or protein that curdles milk. The microorganism has a low acidic level. It stays around 5.4-4.6 on the pH scale. The scale ranges from 0 (hydrochloric acid) to 14 (sodium hydroxide). These numbers indicate an acid to alkali (base) spectrum. The bacterium has the acidy of a tomato, a banana, or coffee.  Water has a neutral pH of 7, and bleach has a base of 13.

Another bacteria used in yogurt makings is called Streptococcus thermophiles. The microorganism is most commonly used in the dairy industry. In fact, mozzarella cheese is another common dairy product that the bacteria is used for. Also discovered in the early 1900’s, the strain was used to promote gastrointestinal health, by the scientist Elie Metchnikoff.  Interestingly, the strain helps prevent nitrates from becoming cancerous. Nitrates are used to preserve food. They keep products fresh and provide a longer shelf life of the product. Both of these bacteria are vital to the yogurt production process. 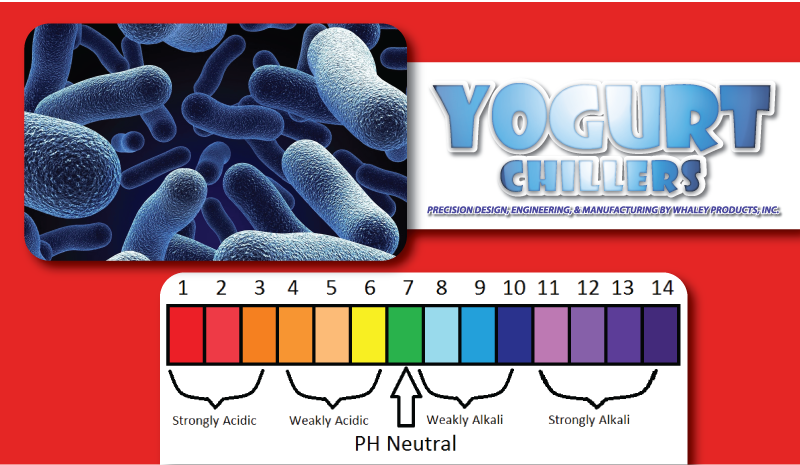